Just a few months on from suggesting the eco-friendly perk, an ITI employee has become the first to benefit from the company’s new Electric Vehicle Scheme.

Senior Systems Engineer Phil Twentyman first raised the suggestion for an electric vehicle scheme as soon as he found out such a thing was possible: “The idea of owning an electric car had been in the back of my mind for a while and when I saw that it was possible to lease them through a salary sacrifice scheme, I knew it was a good idea. I suggested it to the company as I thought it would fit in with ITI’s employee-focussed values of being innovative and environmentally committed.”

The scheme gives employees a zero-emission car in return for sacrificing an amount from their salary each month; the same process as the hugely popular Cycle to Work scheme first introduced in the UK in 1999 as part of the Government's Green Transport plan, aimed at getting more people to use sustainable methods of transport.

ITI’s core values and mission revolve around using innovative technology to make the world a better place, with sustainability at the top of that agenda, and the company knows that its people are key in making this a reality. The fact that Phil’s suggestion aligned with these values, whilst giving back to employees, made implementing the scheme an obvious decision for the Senior Leadership Team. 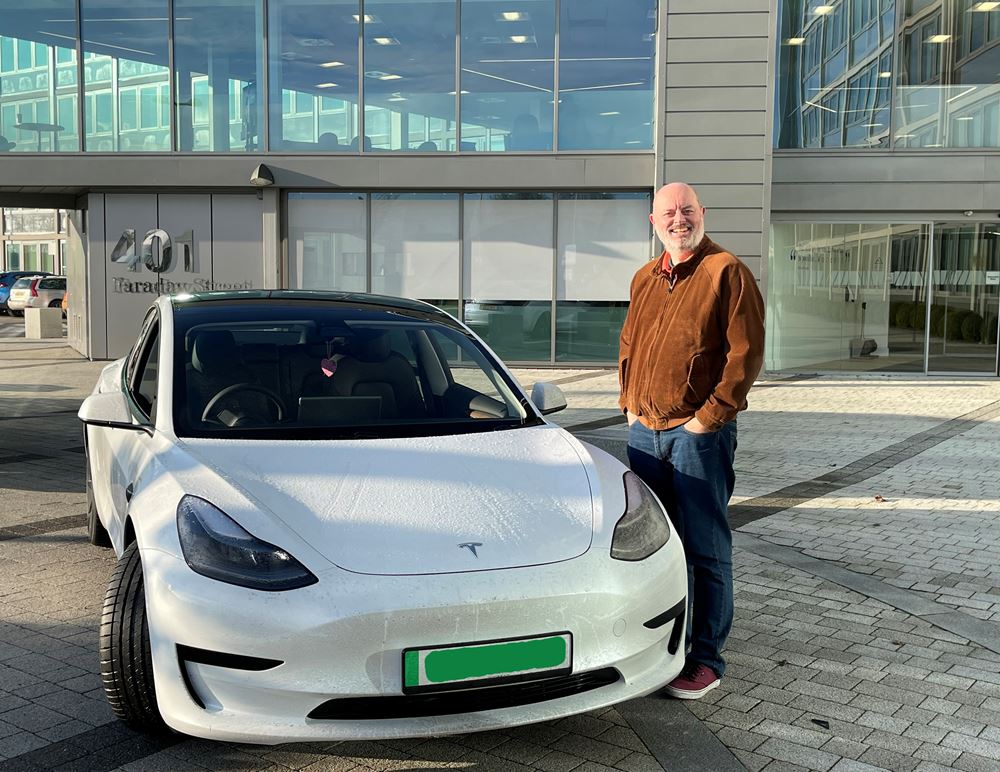 Kelly Ward, ITI’s Director of People and Culture said: “We’re always listening and looking for new ways to ensure our people feel valued. The Electric Vehicle Scheme is just one of the many benefits we offer to anyone who works with us, but this one has been particularly rewarding to implement, as we’ve had a huge uptake from an increasing number of colleagues keen to reduce their carbon footprint.”

Following through on his initial suggestion, Phil quickly became the first of a growing number of ITI employees to take advantage of the scheme, and he says that he’s really pleased that his idea has taken off: “Once the company agreed to start operating the scheme I didn’t hesitate, jumping right in and leasing a Model 3 Tesla. It’s a great car and the fact it is relatively inexpensive to lease thanks to salary sacrifice makes it even better. A month on and there are still no regrets. Low cost, low emission motoring... It’s the future!”